WEARABLE PLAY: a balance between time on a screen and physical play!

The innovative WEARABLE PLAY project is all female! Researchers and designers Michaela Honauer, (Germany) Secil Ugur Yavuz (Italy) and Kristi Kuusk (Estonia) have come up with a way to create a balance between the time children spend in front of a screen and physical play. Thus Worm-e was born, the prototype of a soft and interactive puppet capable of involving children by encouraging them to interact. The toy, soft and colorful, acts as a link between the physical and digital world thanks to a specially created app that monitors the game modes and records the results, issuing a notification when the child spends too much time in front of the screen.

Worm-e was born to the realization that the little ones interact more and more with electronic devices that allow them to play, learn and communicate through a screen. All this, however, can create problems regarding their well-being as being in front of a screen reduces movement and the possibility of interaction. “To improve the well-being of this generation of increasingly technological children, we must not neglect the existence of digital technologies, but on the contrary, it is necessary to find new ways to make them coexist with the physical world that we perceive and experience through our body”, says Michaela Honauer. 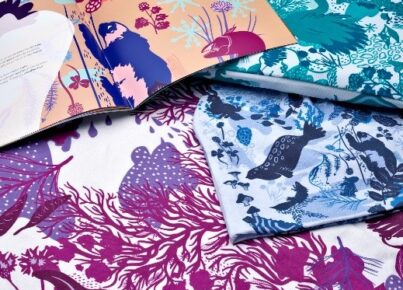 Countries involved: France, Italy, Finland As result of the synergy between the…