Is it a desire or an imperative need? Sometimes, when we talk about circular fashion, sustainability or production patterns that means the use of waste in the form of a second life or new garments with which to make the most of existing resources, I have the feeling that the focus is on the concept, while its materialization tends to be left behind. And of course, it is not the emerging designers who invest their time in speeches and empty words, but a large part of consumers and big companies, who despite the situation the world is facing, are still unable to understand the magnitude of the problem and the imminent danger that confronts us. Young designers and recent graduates are well aware of what circularity means. The same happens with concepts such as responsibility and ethics. And they know it precisely because they have been forced, in a certain sense, to apply it to their projects and brands.

We are living in an era defined by the economic recession, precariousness and lack of resources, to which we must add the insufficient support in certain contexts towards the creatives who will be the future big names in fashion. Three of the pillars of this economic model, consisting of reduction, reuse and recycling, are part of their lives, whether they want to or not. Few of them can supply themselves with textiles and materials unlimitedly, without paying attention to the cost involved. Almost none of them can afford to discard leftover fabrics once a garment is made. The very limited resources, coupled with an extraordinary creativity and great passion for this profession, turn circularity and consciousness into two fundamental pillars of the new generation of designers.

Special mention should be made on projects such as the one undertaken by the Spanish emerging fashion brand Reparto Studio https://repartostudio.com/ , whose last collection was entirely base based on the upcycling technique. Was this an express intention coming from the design duo, aware of the need to reverse the linear and expansive model that has prevailed in the sector? It may be, but what is clear is that it was a way to subsist in a difficult industry that forces designers to make the intellect their greatest ally, and that threatens to make all those who are not part of a large conglomerate or a large-scale supply chain disappear, even more in countries where fashion is not considered as culture. It’s here where emerging design is continually disconnected from functionality, categorized as art devoid of practicality.

It is worth highlighting the brand’s efforts to bring this new way of understanding fashion closer, which despite breaking with the intensive system, draws from the past and the traditional manufacturing techniques, to the public, reducing the profit margins and getting very competitive prices for a young brand. In their case, they did so by expanding the range of proposals, including accessories made from leftovers from previous collections, in addition to garments resulting from many hours of work.

Meanwhile, other brands try to make circularity happen through coalitions with large platforms, being able to reach a greater number of people and spreading the message in society. A good example of this was the collection presented by María Escoté https://www.mariaescote.com/welcome/  in collaboration with Wallapop at Mercedes-Benz Fashion Week Madrid, made from articles that users of the application had previously put on sale, converting them all in a collection worth of being unveiled on a catwalk. More experienced brands such as Moisés Nieto https://www.moisesnieto.com/upcycling  show their commitment to this cause in the form of a new service, available on his website, in which he invites his regular customers to create new garments from pieces they already have in their closets. Technique and know-how at the service of the end user, who demands uniqueness, exclusivity and differentiation. Something that can be perfectly achieved from existing elements, taking advantage of their sentimental and symbolic value to turn them into relics capable of overcoming the passage of time.

From proposals such as the one leaded by Danish designer Bettina Bakdal http://www.bettinabakdal.dk/ , who being exhausted from a meaningless production model decided to start creating from recycled scarves and fabrics, to Arturo Obegero’s https://www.arturoobegero.com/  collection, who has just made his debut at Paris Fashion Week and works exclusively with leftover fabrics from haute couture houses, acknowledging not wanting to champion responsibility by considering that it is a duty to which we all must be committed.

It is clear that, whether due to social and environmental awareness or to necessity, issues such as circularity or sustainability are present in the discourse and work of young designers. And the major challenge they face now is to bring it closer to a generation of consumers who want to look different in front of the mirror every day. A trend accentuated by social networks and a model of society based on the image, who has got used to making fashion something to hang out, buying at bargain prices and being able to not think beyond the visible in terms of production, ethics and responsibility. But if there is one thing that unites younger consumers and those who are already betting on these new production models, it is the desire to be unique and different from others. And that is a differential factor that circular fashion starts to cling to, to make the most of it. 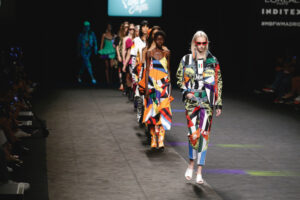 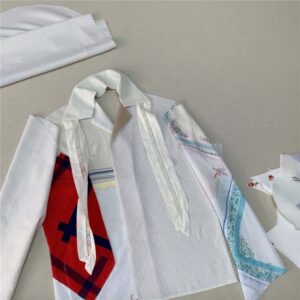 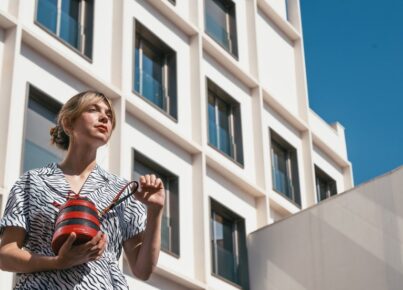 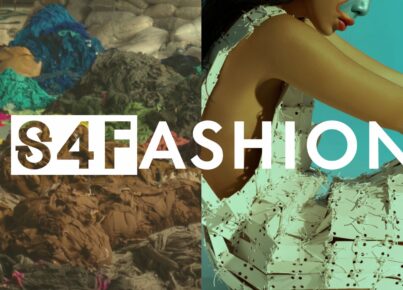